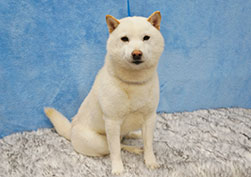 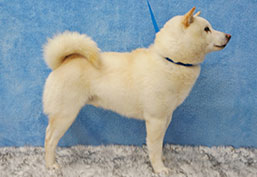 Taz is doing good. After the first days we realized the reason he was so quite was because he was so shy and didn’t know what to do I suppose. He has since came completely out of his shell at our house and enjoys following the cats around. (The Cats are still a little skeptical of him and get easily scared by him especially when he sneaks up behind them but over all they walk with him around the house and sniff him and watch him from high up places.) On day 3 I got a little worried about him settling in because he wouldn’t go to sleep and would bark and softly howl at night.Unless we were near him, but we prefer to keep the animals from our bedroom just so they don’t jump on us mid sleep, and we cant leave the door open because the cats like to be ninjas at night. I understand it was because he wanted to be near his “pack” and not alone at night. He has since learned to be ok by our bedroom door as long as he has the cats near him as well. He is kind enough to only bark after 6:30 am to wake me up for his walk. During his walks everyone comments on how beautiful he is and says he’s a cute puppy! Then I inform them of his breed and they are shocked haha. It really is a great experience, I’m glad we went with a dog that is a little older because he is definitely our speed.